HULLAH is a London based creative freelancer working in the music and media industries. When he’s not creating or producing his own music projects, he can be found sound-designing for theatre, creating digital content, organising music workshops and working on events such as the Artist and Manager Awards.

Charley, who produces and performs music under his surname HULLAH, is creatively driven by a passion for nightlife culture and stories from the queer community. His own releases are inspired by artists such as Everything but the Girl, Real Lies, Portishead and Pet Shop Boys. His third solo release will be released to digital stores this coming November 16th 2022.

Wrapped in the sonic flavours of trip-hop, 90’s house and synth-pop, HULLAH’s work emulates a nocturnal spirit, and is complemented by the themes of city living, alienation, ambition and a sense of dejection – commonly expressed through his lyrics. His work, both introspective and solitary in tone, offers insight into how he navigates his way through the noise and distortion of everyday city life.

Along with Sicily-born Nicole Bullet, HULLAH is also half of the electro pop duo, Futuretape – a group that explores themes of how millennials navigate the digital world, friendships and internet culture. Their music, which combines a passion for nostalgia and the future, is characterised by 80’s synth-pop and PC music.

When not writing and producing for himself or for Futuretape, HULLAH writes for and with other artists, with his most recent songwriting work having been released by Gabrielle Ornate on her singles Waiting to be Found and Spirit of the Times and highlighted on BBC Radio Introducing, Amazing Radio and Tom Robinson’s Fresh on the Net.

HULLAH obtained a BA in songwriting at The Institute of Contemporary Music Performance (ICMP), a course where he honed his songwriting and production skills and explored the relationship between production and lyric. He has also produced tracks in collaboration with the Amy Winehouse Foundation through participation in the Amy’s Yard programme.

HULLAH also works with Cardboard Citizens, a non-profit organisation that supports peoples’ development through theatre, where he is as an ongoing Sound Designer and Workshop Facilitator. With them, HULLAH has been has created numerous soundscapes for a number of their shows, including his work having been showcased as part of Southbank’s Violet Nights and more recently, he has produced a series of audio plays in collaboration with the theatre company called Resistance Theatre. In addition, HULLAH has run various online and in-person music making workshops as part of the organisation’s Act Now programme. An overview of the online workshop series, Making Music from Nothing, can be accessed here.

@hu11ah
•
Follow
What a way to say goodbye to the weird but wonderful 2022! My first release of the year Chasing Trains got picked as “one of the best songs of 2022” by the fabulous Eclectic Music Lover blog! I had a little moment alone on the dance floor at Printworks where I scanned thru the year and all of the highs and lows and I felt warm about the things done, overcome and friends gained. It’s been the hardest since the pandemic but I’m trying to keep putting music out, working on my health and making the most of what London has to give. It’s hard to keep passions going and keep them alive when life and health gets in the way but in realising that just a little, even if not every day is better than nothing at all. I found rewarding and enjoyable work the latter part of this year through prioritising happiness and my time and how I want to spend my days. I couldn’t have stayed sane or navigated this year without @kcy.l who I’m sure is the kindest and best person I’ve ever met. Come at me 2023 💩
View on Instagram |
1/9

@hu11ah
•
Follow
merry Xmas and happy new year from the motherland! thanks for streaming me songs!!! there’s lots more coming 💙
View on Instagram |
2/9

@hu11ah
•
Follow
The video for WILD AS THE WIND is premiering tomorrow! 👨🏻‍🎤🦋💙 Big thanks to @joe.mophobia and @princeofpoland for teaming up to create this moody marvel.
View on Instagram |
3/9

@hu11ah
•
Follow
I just got a feature on Wild as the Wind on @iggymagazine! 😍🦋 “With a charming voice, it is with finesse that he takes pleasure in showing us once again that he is capable of grabbing the listeners’ attention using just his voice alone. The music is covered with a particular sonic flavor of trip-hop and synth-pop. Endowed with a perfectly mastered lyricism, HULLAH’s “Wild as the Wind” is able to fit in just about anywhere. The use of subtle melodies to create an eternal aura is truly fascinating. His charismatic approach to music makes his tracks stand out from the crowd.” It’s in French which is no biggie as my boyfriend is Canadian. He translated it for me… Brb gonna melt in a corner… 1 cos of the fab feedback and 2 cos of the sexy French 🫠 Thank ya @kcy.l 💙
View on Instagram |
4/9

@hu11ah
•
Follow
”Building a charming sonic universe, HULLAH layers ethereal soundscapes over an intense synth bassline, providing the perfect framework for his evocative, nuanced vocals. Once the chorus hits, it’s a triumph: channelling a slight vintage flavouring, the track showcases its dreamy character in full force, also aided by a certain dark aura, perhaps echoing the introspective lyrical theme.” Big thanks to @gabriel.in.stereo for this great feature on Wild as the Wind over on the Mesmerized blog! :-) 🦋🦋🦋
View on Instagram |
6/9 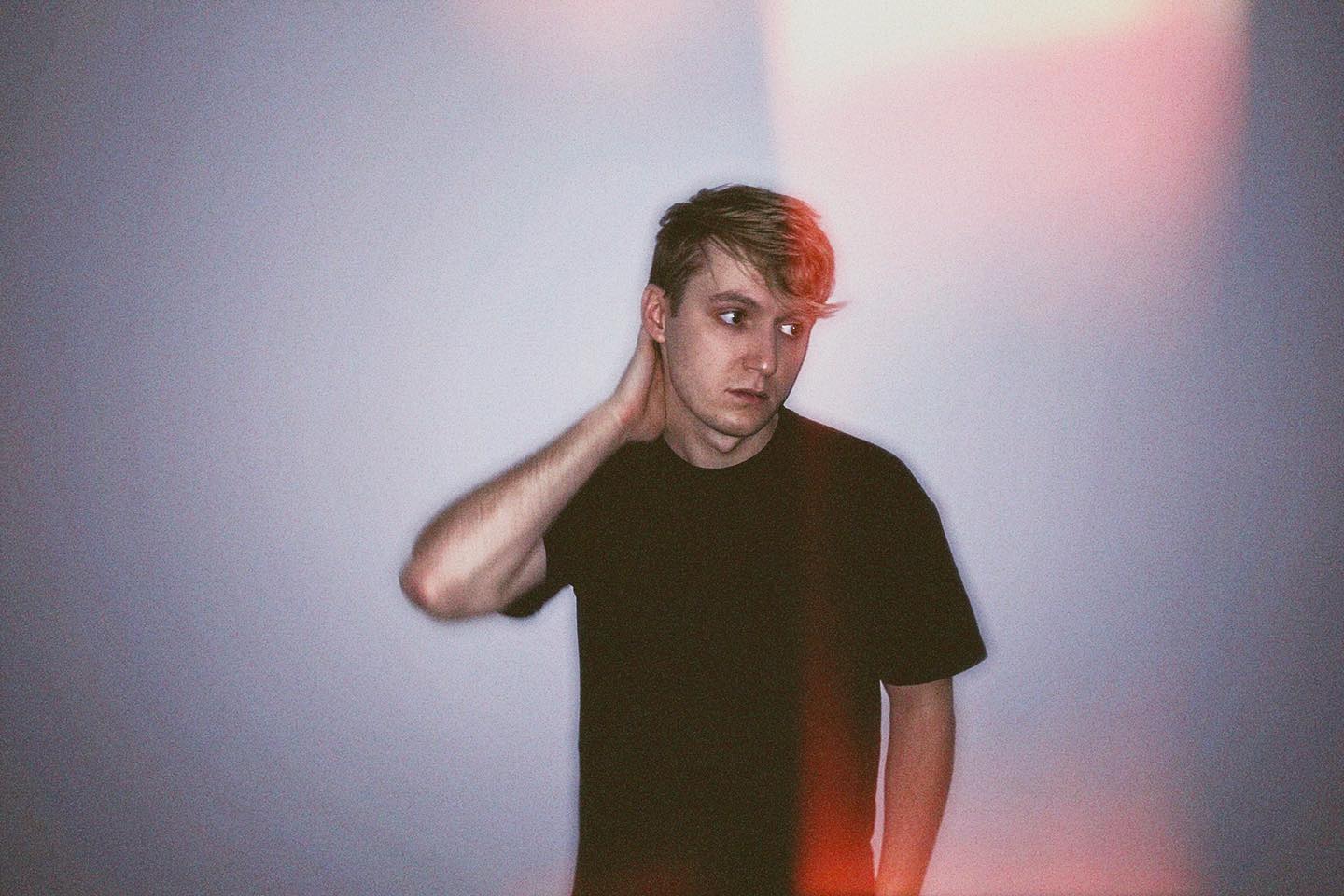 @hu11ah
•
Follow
that guilt & history is like a thorn caught in your sleeve 🥀 thnx for all the love on wild as the wind. it’s funny you learn more about something you’ve created, written when you put it out into the world. it’s really about not being able to control everything and being okay with that. i will put a music video out next week that is basically a message to my younger self, the very lost self that arrived in london wanting to escape, to create and make music. i did most of that in the now empty flat i lived in so it felt like great closure and a real coming of age to mark that period in my life by filming in that empty space. life always makes more sense to me when songs are written and then played back. i think they’re the only sense my brain makes. anyway, I came to create and make and that I did! it’s always a battle with pressures of money and relationships and time and energy but i am learning that it’s the only thing that gives me grounding and keeps me balanced. it reminds me money and material stuff is limited and fleeting. go go listen if you didn’t already ♥️ 🤳 @princeofpoland #queermusician #queerproducer #lgbtqmusic #existentialist #citylife
View on Instagram |
7/9

@hu11ah
•
Follow
Wild as the Wind is getting love on indie playlists here’s a round up of some from the first two weeks!! 🙌🏻🙌🏻 Thanks so much to those who’ve included the song. It helps so much when the track is included in mood and genre playlists. I’m discovering lots of new artists and track through these too. 💙💙💙 #indieartist #queermusician #playlistspotify #musicpromotion #producer #songwriter #queerartist
View on Instagram |
8/9

@hu11ah
•
Follow
I woke up today to a surprise feature on the @trackbytrackuk podcast for their November New Music Drop! 🎉🙌🏻 “It’s fantastically atmospheric, just really quality production with a fantastic slow beat running through it…but what I think carries it is that solid vocal, it feels really trusting.” You can listen to the whole episode which features a bunch of great tracks from Louise, Ava Max, SG Lewis and Soft Cell by clicking through to the link in @trackbytrackuk bio. It’s a dream to be featured in the same podcast with these artists, especially as Soft Cell. I saw Marc Almond at Birmingham Pride a few years back and I waved at him whilst he was on stage performing and he waved straight back with a smile. I died. Thanks for the support Will & Dan 💙
View on Instagram |
9/9
﻿